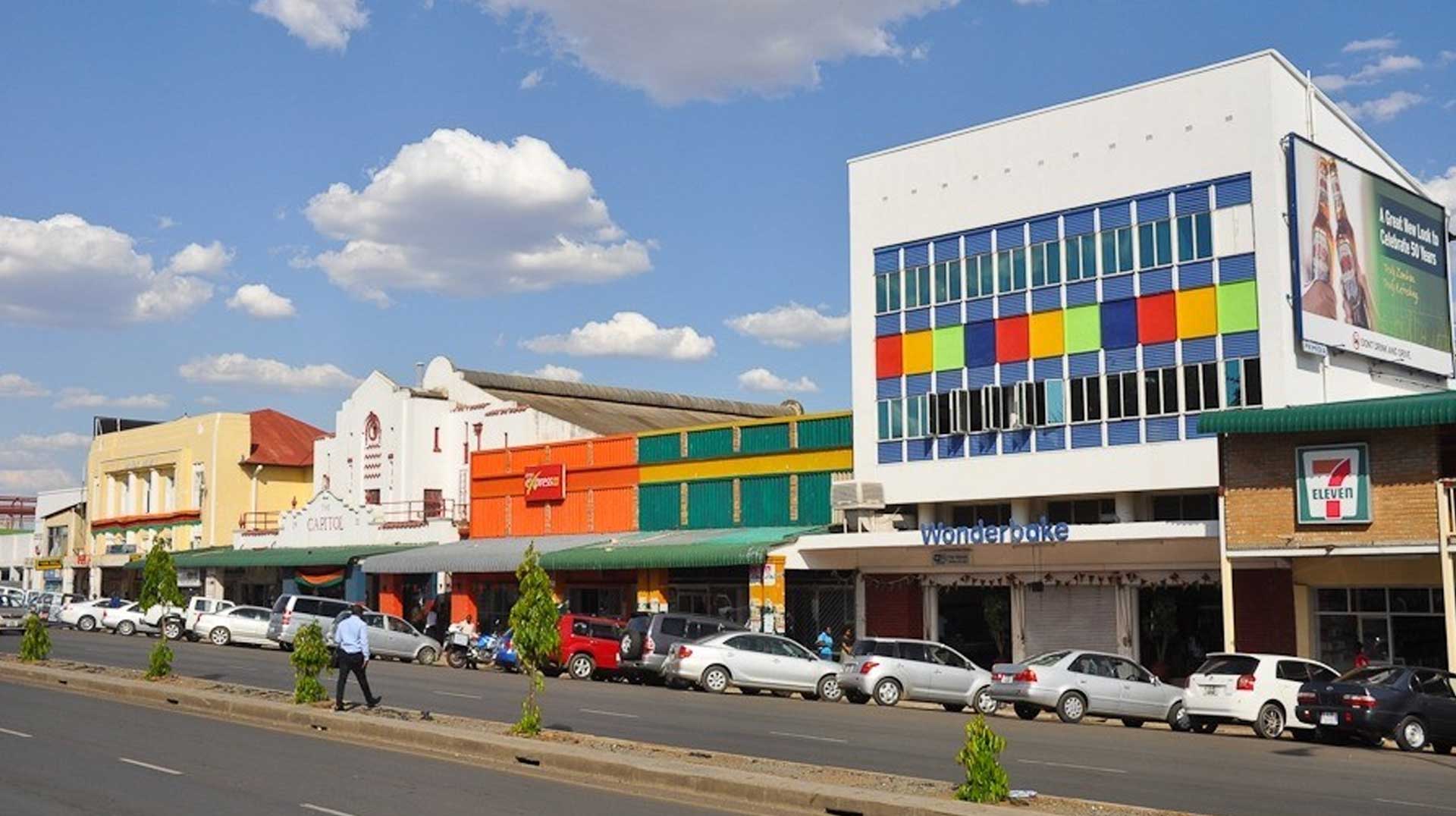 Livingstone is named after the famous explorer, Dr David Livingstone. Dr. Livingstone explored this area of Africa for many years during the mid 1800’s and was officially the first European to witness the Victoria Falls. He later named them after Queen Victoria who ruled over the British Empire at the time. Established in 1905, Livingstone became the capital of Northern Rhodesia in 1911. Strategically it was the major crossing point over the Zambezi where Cecil Rhodes had constructed a major bridge traversing the gorge downstream of the Falls. This bridge still stands today where you can take a tour of its “underbelly” or, if inclined, you can jump off it with some elastic tied to your feet. The bridge now serves as the border crossing between Zambia and Zimbabwe.

As the capital, Livingstone attracted a lot of investment and very quickly became a large bustling town of the times. Much of this can still be seen today with the grandiose architecture of many of the surviving buildings that line the Mosi-Oa-Tunya Road. Eventually, in 1935 the designation of Capital was removed from Livingstone and given to Lusaka – the current capital of Zambia. Income fell and Livingstone became much quieter attracting less investment from the various governments of the times

In the late 1990’s the town started making its mark on the world again as tourism began to take off. Where there used to be only two hotels and one activity (white water rafting) accommodation options began to crop up throughout the town and along the river banks as investment poured into the town. Following that investment, operators started providing more activities requiring a multi-day visit to experience it all.

Nowadays, whilst still sleepy at its core, Livingstone has a certain charm about it that appeals to visitors from all walks of life. You could say that the town is having a second wind as once again investment is coming in and the tourism dollar helps sustain growth. That is not to say that it doesn’t have its flaws. Unlike Victoria Falls Town in Zimbabwe, Livingstone was never constructed with tourism in mind. Its positioning and location with regards to the river and the Falls are more down to logistics and malaria avoidance (of which there is very little these days). Whilst the town centre reveals old architecture of a bygone era, the places of interest along the river are not within walking distance. However, there are many accommodation options within the town and plenty of things to do in the town itself.

Places to go in Livingstone

Within town there are some great restaurants such as The Golden Leaf, Ocean Basket, Zest and Cafe Zambezi amongst others providing curries, seafood, vegetarian, steaks and grills. There are also several coffee shops scattered around and even a great Italian ice cream bar.  There are also several bars and night clubs to entertain the night owls. In terms of culture there are museums in Livingstone covering steam trains, the Jewish history of the town, history of the Victoria Falls and art and crafts. Walking down the high street visitors can see a lot of the original architecture of Livingstone with the Capitol Theatre being a good example. There is also a bustling art and crafts market in the town as well as a small shopping mall for grocery and general shopping.

For those that want to focus more on the Zambezi River and the Falls themselves, many lodges and hotels along the river will offer shuttles into town and many of the town’s accommodation will offer shuttles to the Falls. And any activity that a visitor decides to partake in, the activity provider will collect and return them to their accommodation of choice, no matter whether it is in town or along the river. And once a vehicle comes into the equation, nothing is more than a short drive away.

So whilst the layout of Livingstone is not an inconvenience as such, it should just be remembered that when Livingstone was built the last thing anyone was thinking of was bungee jumpers and white water rafters. However, getting to experience all of Livingstone and its surroundings is not difficult and the rich history of the place surely makes up for the short journey to the Falls, Zambia’s only World heritage site and our premier attraction.